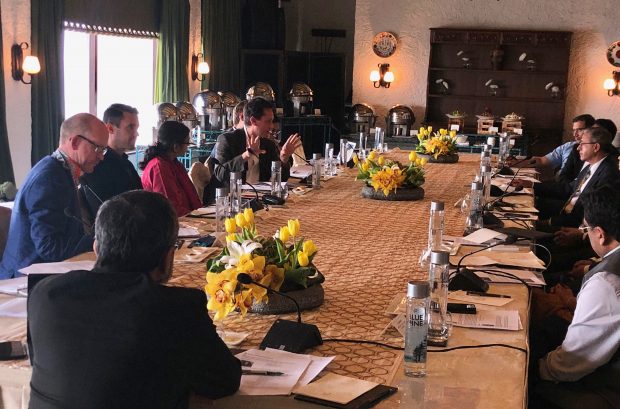 Artificial intelligence (AI) is high on the technology agenda for governments around the world, with the UK and India being leading examples.

A small trade mission was dispatched in November to participate in a round table to explore themes within the AI stream of the India-UK FutureTech Festival in New Delhi.

Both the UK and India realise that AI and the continuing data revolution can underpin future growth, both domestically and through trade.

The UK published its first AI review, ‘Growing the AI Industry in the UK’, led by Professor Dame Wendy Hall and Jérôme Pesenti in October 2017, with the House of Lords Select Committee on AI report ‘AI in the UK: ready, willing and able?’ following in April 2018.

In June, India released its ‘National Strategy for AI’ through the NITI Aayog organisation with a central theme being #AIForAll.

Our trade mission began in Hyderabad, in the south, with a smaller round table with the Deputy High Commissioner and government officials from Telangana State. It was clear that the local government are keen to foster links with the UK between companies and academic institutions.

Hyderabad is a thriving tech cluster, as made evident from our afternoons fact-finding visit to startup incubator T-Hub and the International Institute of Information Technology (IIIT).

We received a presentation from AI startups that included some truly unique ideas around patents and medicine before meeting the AI faculty of IIIT.

It was at the IIIT that we began seeing how cultural differences meant innovation focuses on interesting problems that we haven’t encountered in the UK, for example the creation of a mixed-language 'natural language processing' technique capable of understanding sentences where two languages were used interchangeably. 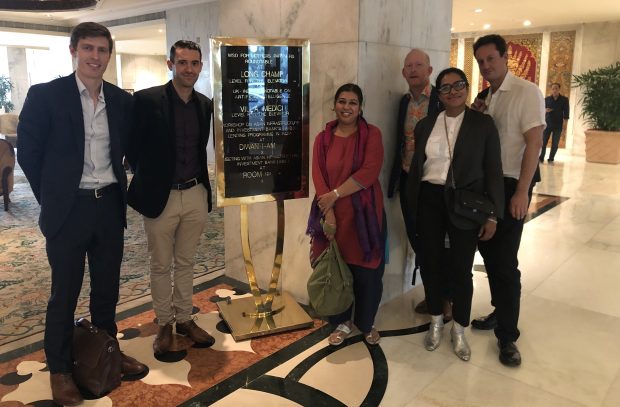 From Hyderabad, we flew north to Delhi for the round table the next day. Before it began we travelled out early in the packed rush-hour to visit an internet of things accelerator run by National Association of Software and Services Companies.

Again, we met startups putting AI at the heart of their businesses, whether connecting tutors with students or identifying plant pests from images. We headed back to the Taj Mahal hotel for the roundtable which was chaired by Prof. Desai of the Indian Institute of Technology Hyderabad.

The British side featured AI businesses Kensai, Adarga, D4SC alongside an Imperial University neuroscientist / neurosurgeon and members of the British High Commission, DIT and Ben Hawes, who was involved in the ‘Growing the AI Industry in the UK’ report.

From India there were representatives from NITI Aayog, Future Group, Tata Consultancy Services, Bennett University and University of Calcutta alongside government officials.

The roundtable focussed on business, innovation and academia with a number of positive recommendations put forward by both sides on how to promote better cooperation, such as through the twinning of UK and India organisations.

From the lengthy discussions, shared problems and a strong desire to create solutions, the round table demonstrated that it is in the national interests of India and the UK to work together in relation to artificial intelligence.

The conversation and relationship between our two countries is evolving as rapidly as the technology.

About this blog [Archived]

Our modern Industrial Strategy sets out a long term plan to boost the productivity and earning power of people throughout the UK.

This blog explains what we're doing and showcases the stories of businesses, academia and civil society working to make the Industrial Strategy a reality.